Disenfranchised by the housing system

As Britain votes in local elections this week, spare a thought for the people who are effectively disenfranchised by the housing system. The total already runs into millions and the problem is set to get much worse.

It stems from the seemingly unstoppable growth of the housing tenure – private renting – in which people are least likely to register to vote. According to the latest estimate, there are 3.6 million private renting households in England. With an estimated 2.3 people in each of those households that gives a total of 8.3 million people. About a million of those households are couples with children or lone parents, but that still leaves perhaps 6.5 million people of voting age plus perhaps another 1.5 million in Scotland and Wales.

Research by the Electoral Commission published in December 2011 estimated that six million people were not registered to vote on December 2010 registers, a big increase from previous estimate in 2000 of 3.5 million unregistered voters. The research found a clear link between housing tenure and the accuracy and completeness of the electoral register:

So 44 per cent of those eight million potential private renter voters – perhaps 3.5 million people – are not registered to vote and potentially even some of those who are registered are ineligible. The Electoral Commission found that moving home is a key factor in this. Only 26 per cent of people who have lived at their current address for less than a year are registered to vote and a third of private renters had moved within the last 12 months. That of course is a direct result of a housing system that makes six-month assured shorthold tenancies the default option for private tenants. Another reason was that registration is lowest in the properties in the worst condition, which again are most often found in the private rented sector. 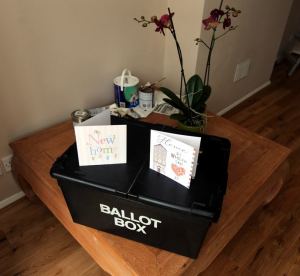 Research by the Electoral Commission in 2010 looked at the issue in more depth in seven case study areas: Derby; Glasgow; Hambleton; Knowsley; Lambeth; South Ayrshire; Swansea; and West Somerset. It found that registration rates were ‘especially low among young people, private renters and those who have recently moved home’. Often of course these will be the same households since young people are more likely to be private renters and private renters are more likely to move. Registration rates vary from over 95 per cent for the over-65s to under 45 per cent for the under-25s.

However, the research also there was not a straightforward correlation between the tenure and registration. ‘Private rental housing does not, in itself, cause under-registration. Rather it is the socio-demographic characteristics of those who tend to live in privately rented properties in urban areas which are associated with non-registration.’

All of which means that millions of private renters will be excluded from this week’s elections but several factors threaten to make things even worse by the time of the next parliamentary elections in 2015:

Put that all together and our housing system is having a profound and detrimental impact on our political system. It’s far from clear who will benefit: at the last election, according to IPSOS Mori 35 per cent of private renters voted Conservative, 29 per cent Labour and 27 per cent Liberal Democrat, so the impact seems fairly evenly spread among the three parties. It will be fascinating to see how much of an impact the political debate about private renting in the London mayoral election has on the final result but based on this perhaps it will not be as big as you might think.

On an individual level it is private renters and young voters (often one and the same) who will lose out. That is bound to amplify concerns about intergenerational fairness that are already growing rapidly, not least because of concerns about the way that the older generation have cornered the housing market, priced young people out of owner-occupation and then become their buy-to-let landlords. A report last week by the Intergenerational Foundation concluded that: ‘Young people are more likely to move residence frequently, and more likely to be private tenants rather than owner-occupiers – it therefore appears that existing methods of registering voters discriminate against young people.’

Britain is moving towards a system of individual (rather than household) electoral registration (IER) that is designed to be fairer and to avoid the Victorian connotations of the ‘head of the household’ filling in the form. However, this will do little to address the disenfranchisment of private renters and young people and the Electoral Commmission has concluded that: ‘The government’s proposed approach to building electoral registers for the first time under IER in 2014 carries too great a risk of “missing” people who are not already on an electoral register, or those who have moved since the previous canvass.’

The problem seems only set to get worse as private renting continues to grow and social renting becomes less secure. The legislation to set constituency boundaries according to the number of people registered to vote is already on the statue books. However, although MPs will still get a vote on whether to accept the recommendations of the boundary commission in 2013, the reduction in the number of constituencies is in the coalition agreement.

Millions of people seem set to be locked out of the electoral system just as they are already priced out of the housing system. You do not have to be young or a private renter to be worried about the implications of this for public engagement in our political system or involved in housing to be concerned about the way this will reduce still further its profile as a political issue.

4 Comments on “Disenfranchised by the housing system”