So farewell then, 2016, but before you finally bow out there’s just time for one last reflection on the year that’s gone. So here are my top five posts of 2016:

END_OF_DOCUMENT_TOKEN_TO_BE_REPLACED

Originally published on December 29 on my blog for Inside Housing.

The second part of my look back at the year in housing as seen on my blog kicks off with the fallout from the referendum result. We may still not know what Brexit means apart from Brexit but the consequences were profound.

The most immediate impact was political as the departure of David Cameron triggered not just a change of prime minister, but a change of virtually every minister with any say over housing and a real change of political tone. The debate during the brief Conservative leadership campaign and the winner’s rhetoric about “a country that works for everyone” suggested some potentially significant changes in the drivers of policy.

Brandon Lewis was confident Theresa May would stay true to the agenda of Right to Buy and Starter Homes but he was soon moved to a different job. Gavin Barwell quickly proved himself to be a more consensual and thoughtful housing minister and in his first major speech signalled a shift in focus to housing of all tenures rather than just homeownership.

I speculated on what this might mean for crucial elements of the Housing and Planning Act that were still unresolved, including Starter Homes, but that’s still not clear.

Conservative party conference speeches from Theresa May, Philip Hammond and Sajid Javid suggested a new approach with housing as a “number one priority”, but the question was whether the reality would match the rhetoric. However, the Autumn Statement did partially reverse the skewing of investment towards ownership rather than affordable rental.

END_OF_DOCUMENT_TOKEN_TO_BE_REPLACED

As we near the end of 2016 history is everywhere. Everyone seems agreed that it was the year that marked the end of something – but of what exactly?

Does Trump’s surprise victory over Hillary Clinton mark the end of neoliberalism? Does the fact that it happened 27 years to the day from the fall of the Berlin Wall mark the end of the post-Cold War era or the start of a new counter-revolution? Does the vote for Brexit mean a return to the ‘golden age of free trade’ or the protectionist, fear-ridden politics of the 1930s?

Does the West’s failure in Syria and the rebirth of Russian power in the Middle East mark the end of American hegemony? Does all of it mean that the Age of the Internet is experiencing the same upheavals as the Age of Discovery? 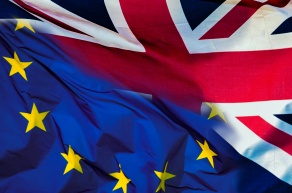 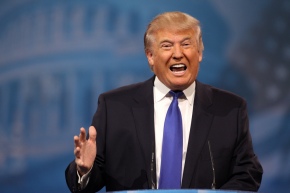 Both Trump and Brexit appealed to the past for their core support. Nostalgia was weaponised through slogans like ‘take back control’ as they promised to Make America (or Britain) Great Again. The same arguments were made in reverse in the first European referendum – the sense of national decline, of losing an empire without finding a role was a big reason why people voted yes to Europe then – but the Brexiteers harked back to a supposed golden age before 1975.

Trump appealed to the common man and promptly appointed the richest Cabinet since the Gilded Age. One young Republican with no sense of history or irony celebrated the great news that the party was set to control the presidency, both houses of Congress and the Supreme Court for the first time since 1929.

END_OF_DOCUMENT_TOKEN_TO_BE_REPLACED

Originally published on December 23 on my blog for Inside Housing

It was a year that fell neatly into two halves: before and after everything was turned upside down. The vote for Brexit on 23 June transformed politics, and the complete change of government and ministers has shifted priorities that had seemed set in stone until 2020.

But as some things change, others remain very much the same. Here’s the first of my two-part look back on the things I was blogging about in 2016.

The year began with what David Cameron hailed as a “radical new policy shift for housing”. The prime minister said that “for the first time in more than three decades” the government would directly commission homes itself on public land, giving priority to small builders. It was a welcome move but it was hard not to think of previous housing strategies that turned out not to be as “radical and unashamedly ambitious” as he claimed.

Cameron’s commitment to a million new homes by 2020 – or 200,000 a year for five years – seemed to be exactly that when the government’s own housebuilding figures showed completions running at around 140,000 a year. However, in May I questioned whether the target was really as ambitious as it seemed. It was already becoming clear that ministers were using higher figures for the net additional supply of homes as their yardstick. The total for 2015/16, the first of the five years, was just 10,000 short of the 200,000 a year benchmark.

An influential House of Lords committee gave short shrift to a claim by Brandon Lewis that the housing plans were “very ambitious”. It called instead for 300,000 new homes a year, backed by a series of radical changes to policy on investment, planning and tax.

2016 ends with Lewis in a different job, Cameron out of a job and the promise of yet another housing plan. The White Paper will no doubt be equally as ‘ambitious’ when it is finally published but the signs are that this one will have fewer adjectives and more substance.

END_OF_DOCUMENT_TOKEN_TO_BE_REPLACED

Originally published on December 15 on my blog for Inside Housing

If 2016 proves to be the year that the government finally woke up to the homelessness crisis, official figures released on Thursday show its true scale.

The latest statistics from the Department for Communities and Local Government show 14,930 households were accepted as homeless in the June to September quarter. The good news is that this is down 1% on the previous three months. The bad news is that it’s up 2% on 2015 and 45% on 2010.

Remember this is only the most visible part of the crisis – the families who are accepted as homeless and in priority need by local authorities – and that it is just the start of a wait for permanent accommodation.

And the increases are greatest in the worst and least permanent forms of temporary accommodation. There were 6,680 households in bed and breakfasts, including 3,390 families with children: up 13% on 2015 and more than five times the figure in 2010.

Most shockingly of all, there were 1,300 families with children who had been in bed and breakfasts for more than the six-week legal limit. That’s up 24% on the same quarter in 2015 and is an incredible 13 times higher than in the quarter before the election of the coalition government in 2010.

END_OF_DOCUMENT_TOKEN_TO_BE_REPLACED

Originally published on December 7 on my blog for Inside Housing

The minister announces more investment in social housing – social, not affordable – and signs a pact with housing associations and local authorities.

This is not a fantasy or a trip down memory lane but something that happened last week in Wales, a country where the government and the housing sector are very much in sync.

Carl Sargeant, communities and children secretary, told the Community Housing Cymru (CHC) annual conference that Social Housing Grant (SHG) will be increased by £30m this year, or 44% on previous plans. He also signed a pact with CHC and the Welsh Local Government Association to deliver 13,500 affordable homes by 2021.

Though CHC is the Welsh counterpart of the National Housing Federation, the pact is not a deal that requires forced conversion to the merits of homeownership or that turns a blind eye to forced sales of council homes.The Right to Buy is being scrapped rather than extended and the pact sets out a series of other aspirations on everything from jobs and training to energy efficiency and rents to homelessness.

Housing in Wales works very differently to England thanks to devolution and a political culture that works on consensus.While London and Manchester are blazing a trail with new investment powers, Wales can make its own legislation. Greater regulation of the private rented sector and homelessness prevention are already in force, the end is nigh for the Right to Buy and stamp duty is being replaced with the first Welsh tax for almost 800 years.