Originally posted as a column for Inside Housing on September 28.

When I started blogging for Inside Housing in September 2007 I wondered if I’d find enough to write about.

As it turned out there was no need to worry. A week before my first post Northern Rock went bust and the world changed.

What began in the United States as a sub-prime mortgage crisis was transformed by a series of financial acronyms into a Global Financial Crisis.

The connections to housing in this country at first seemed indirect: the UK did not have sub-prime lending on anything like the same scale; we had Northern Rock but there were plenty of other lenders; and the problems at Lehman Brothers and Bear Stearns seemed a long way away.

The direct effects didn’t take long to make themselves felt as credit markets dried up, share prices crashed and politicians panicked at the prospect of cash machines running out of money.

At the time it seemed like we were set for a repeat of the housing market crash of the early 1990s with soaring mortgage arrears and repossessions and families plummeting into negative equity.

One or more of the major housebuilders looked certain to go bust. And the combination of the two would send the banks even further under.

END_OF_DOCUMENT_TOKEN_TO_BE_REPLACED

So farewell then, 2016, but before you finally bow out there’s just time for one last reflection on the year that’s gone. So here are my top five posts of 2016:

END_OF_DOCUMENT_TOKEN_TO_BE_REPLACED

Originally published on December 29 on my blog for Inside Housing.

The second part of my look back at the year in housing as seen on my blog kicks off with the fallout from the referendum result. We may still not know what Brexit means apart from Brexit but the consequences were profound.

The most immediate impact was political as the departure of David Cameron triggered not just a change of prime minister, but a change of virtually every minister with any say over housing and a real change of political tone. The debate during the brief Conservative leadership campaign and the winner’s rhetoric about “a country that works for everyone” suggested some potentially significant changes in the drivers of policy.

Brandon Lewis was confident Theresa May would stay true to the agenda of Right to Buy and Starter Homes but he was soon moved to a different job. Gavin Barwell quickly proved himself to be a more consensual and thoughtful housing minister and in his first major speech signalled a shift in focus to housing of all tenures rather than just homeownership.

I speculated on what this might mean for crucial elements of the Housing and Planning Act that were still unresolved, including Starter Homes, but that’s still not clear.

Conservative party conference speeches from Theresa May, Philip Hammond and Sajid Javid suggested a new approach with housing as a “number one priority”, but the question was whether the reality would match the rhetoric. However, the Autumn Statement did partially reverse the skewing of investment towards ownership rather than affordable rental.

END_OF_DOCUMENT_TOKEN_TO_BE_REPLACED

Before everyone’s attention turns to 2016 there’s still just time to reflect on the year that’s gone. Here are my top 10 posts of 2015 on this blog.

It’s the time of year that everyone with a WordPress blog gets their stats for the year (full report here if you’re interested). My best read posts were:

END_OF_DOCUMENT_TOKEN_TO_BE_REPLACED

This is the time when anyone with a WordPress blog gets sent their stats for the year.  It’s a chance to take stock of what you’re doing and who’s paying attention to it.

If you’re interested, you can see the complete report here. My ten best read posts of 2014 were:

END_OF_DOCUMENT_TOKEN_TO_BE_REPLACED

What do Power Lists say about who really has power?

Love them or hate them but it’s hard to ignore them. There are lists for everything from the greatest films to the richest people and the housing world is no exception.

For the second year running, housing has two alternative lists. The Power Players Top 50 was first published by 24 Housing in 2012 and Paul Taylor compiled the Digital Power Players list in 2013. This year the magazine published both: the official list in April and the digital list in the latest (June) issue. 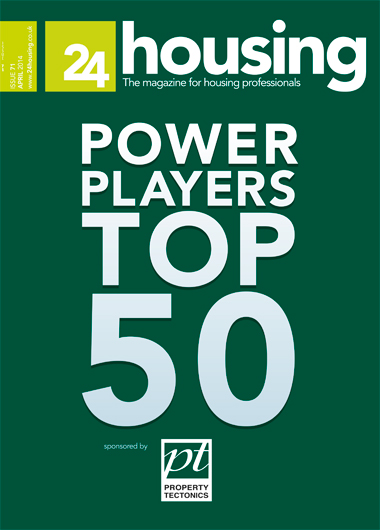 The lists, and the differences between them, got me thinking about power and who has it in housing. Or rather who other people think has it, since the results are inevitably influenced by the way they are compiled.

END_OF_DOCUMENT_TOKEN_TO_BE_REPLACED

A blog about blogging

I’m giving another talk about blogging and twitter today for a social media conference organised by the Chartered Institute of Housing (#socmed12 on twitter).

The whole process got me thinking about what I’m trying to do when I blog and also about the other blogs I follow. So for anyone interested and especially for anyone in Birmingham, here are some links to the blogs I’ll be mentioning, with some brief explanation.

END_OF_DOCUMENT_TOKEN_TO_BE_REPLACED

These were the most viewed posts on my blog in the third quarter (July to Sept):

1) Victorian values – reflections on the legacy of Octavia Hill for housing, welfare and planning on the centenary of her death.

2) My criminal past – squatting, my own housing history and how what I did in London in the early 1980s would make me a criminal 30 years on.

3) More trouble with troubled families – a John Humphrys interview with Louise Casey got my goat but the problems with a programme based on unreliable and heroic assumptions had not gone away.

4) A lot of quid, not much quo – the continuing mystery of why the government has given housebuilders a multi-billion pound bail-out and asked so little in return.

5) Our dysfunctional housing market – or rather a non-market that is pricing out the young, undermining the welfare system and damaging the political system.

Interesting that the top three are the ones I enjoyed writing the most. Thanks very much for reading and also for commenting.

Five years ago this month I started my blog for Inside Housing wondering how I would ever find enough interesting things to say. I needn’t have worried.

Fortunately for me (bad news is always good news for bloggers and journalists) and unfortunately for everyone else, the week before I wrote my first post a small bank called Northern Rock went bust. The consequences of that still dominate my blogging five years later (and hopefully that makes it interesting enough to keep reading).

Read the rest of this post at Inside Edge, my blog for Inside Housing

The talk is in four sections – the what, why, who and how of blogging – ending up with the impact of twitter and some practical tips.

Here are the links to the blogs I’ll be mentioning if anyone out there wants to follow them up.