‘Housing week’ off to an uncertain start

For once this is a silly season that has some substance. If you can tear yourself away from the sun lounger or the latest pronouncement by the Etonian Katie Hopkins, mid-August sees a trio of government announcements that are crucial for housing and homelessness.

Last week featured another big benefits u-turn: confirmation that housing benefit will continue for supported accommodation removes a cloud that has been hanging over projects including homeless hostels and women’s refuges.

Monday saw the launch of the strategy that the government says will enable it to meet its target of halving rough sleeping in England by 2022 and ending it by 2027.

And what is billed as ‘housing week’ is set to continue on Tuesday with the launch of the social housing green paper – originally promised in the Spring, then before the parliamentary recess last month, but now appearing while most MPs are on holiday.

The timing does at least ensure some media attention, including an uncertain performance by James Brokenshire in the TV and radio studios on Monday morning. 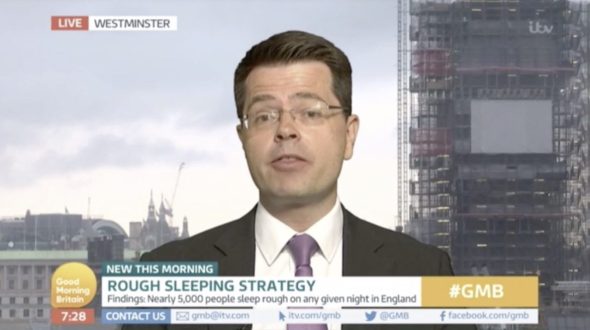 After a lively appearance on Good Morning Britain, the housing secretary struggled on the Today programme when asked whether government policies are to blame for the relentless rise in rough sleeping and floundered when asked how much of the promised ‘£100 million plan’ is new money. (Somewhere between none and not much was the eventual answer).