A benefit to society

News that 90% of social housing tenants feel that the media presents stereotypes of them is depressing but sadly not surprising.

As a report launched at the House of Commons today by the Benefit to Society campaign argues, the negative views are embedded in whole swathes of TVprogramming that links housing tenure to benefits status.

More thoughtful programmes like How to get a Council House can mine the same themes and generate the same hostility.

And even supposedly objective TV and broadsheet news coverage can strengthen the stereotypes by resorting to the lazy clichés of ‘sink’ and ‘crumbling’ estates and using stock pictures and idents of tower blocks and abandoned shopping trolleys.

So it is good to see that my union, the National Union of Journalists, is backing the Fair Press for Tenants guide aimed at journalists, PR people and documentary makers.

And the level of media interest in today’s launch and opinion poll also bodes well and is a chance to combat the stereotypes and change a few opinions.

END_OF_DOCUMENT_TOKEN_TO_BE_REPLACED

Originally posted on August 15 on Inside Edge 2, my blog for Inside Housing

Cathy Come Home has lost none of its power as it nears its 50th anniversary. As everyone in housing knows, the classic BBC play brought homelessness to national attention. Shelter was founded a few days after its first transmission, Crisis a year later and many housing associations at around the same time.

There are currently three different ways to watch again: the original BBC play by Jeremy Sandford and Ken Loach is on iPlayer, a stage version by Cardboard Citizens will be on tour over the Autumn and Winter and its production is also available on YouTube). Housing associations with a connection have also formed the Homes for Cathy group to raise awareness. 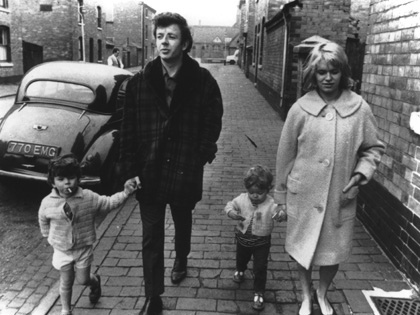 Watching the original for the first time in years, it was obvious that Cathy is still just as hard hitting as an exposé of what happens when a family slip through the safety net. Her harrowing descent from flat to squat to traveller camp to hostel was watched by 12m people in 1966 (a quarter of the population) and they got the message that housing matters.

In that final scene at Liverpool Street station, Cathy’s kids join the other 4,000 that the commentary tells us are taken into care each year because their parents are homeless.

END_OF_DOCUMENT_TOKEN_TO_BE_REPLACED

Originally posted on July 28 on Inside Edge 2, my blog for Inside Housing

So does it really cost housing associations £150,000 to build what housebuilders can deliver for £90,000?

The first part of this blog examined last week’s Channel 4 News reportclaiming that: ‘Government plans to build more affordable homes are being frustrated by the poor performance of housing associations.’ I concluded that it made some legitimate points, especially on executive pay, but otherwise did not stand up to serious scrutiny.

This second part of the blog is devoted to what I think was the most serious charge:

‘According to private housebuilders, the cost of delivering a house is £90,000 but when you ask housing associations they say they have to spend £150,000 to deliver a home. Now they’ll tell you that the homes are better but is it justified that they build only two-thirds of what private housebuilders do with the same amount of money.’

This is the key fact (or factoid) in the report. It would not be a complete surprise if private housebuilders could deliver homes a bit cheaper than housing associations. They build in bigger volumes. Building homes and trading in land is what they do and they are not distracted by other considerations such as managing homes for tenants. And, as the report pointed out, housing association homes may also be bigger or built to a higher standard. Against that, housebuilders carry more risk and so take higher profit margins than the contractors who build homes for associations.

END_OF_DOCUMENT_TOKEN_TO_BE_REPLACED

The fall guys – Part One

Originally posted on July 28 on Inside Edge 2, my blog for Inside Housing

Here’s my attempt to separate fact from factoid in one of the most controversial TV news reports on housing in years.

I couldn’t watch last week’s Channel 4 News investigation of housing associations on the night but I think the issues it raised are important enough to come back to it in detail.

The clues that something was not quite right about this report were there even for people who know nothing about housing. The musical soundtrack (ironically a song about the campaign for justice by a wrongly convicted boxer) and the quirky graphics (houses appearing and disappearing) were there as distractions. The fact that in the studio discussion that followed the anti-association case had to be made by the so-called ‘Tax Payers’ Alliance (the self-appointed scrutineers of government spending who refuse to say where their own funding comes from) was further evidence.

The closing commentary confirmed this impression. We were told that:

‘There’s a fierce philosophical row between the Tories on the one hand and the Left on the other about the future of associations. One side wants radical change and the other is desperate to protect its ability to serve the community as it sees fit.’

Really? That may be how the Conservatives would like to present it but it demonstrates a complete lack of awareness of the political context for housing. As associations see fit? I’ll let the fact that this point was illustrated by film of a protestor from ‘the Left’ holding a banner from Defend Council Housing saying ‘No Privatisation Sell-Offs’ and ‘Invest in Council Housing Now’ speak for itself.

But what really shocked me from a programme that I admire and watch regularly was that this welter of unsourced statistics and rampant editorialising went out as the main story of the evening. The failure to understand housing and housebuilding was so complete it would be almost comical – except that this report plus trailers in The Spectator and The Times are part of a media and political narrative with deadly serious implications for the future.

END_OF_DOCUMENT_TOKEN_TO_BE_REPLACED

The first of a two-part look back at the issues and people that I’ve been blogging about this year.

1) Groundhog Day on the bedroom tax

The year ended as it began, in a welter of parliamentary accusation and counter-accusation that left tenants in England and Wales still having to pay the under-occupation penalty. A Commons debate in December just before the Christmas recess a classic example: Labour called a vote condemning the bedroom tax that didn’t actually change anything; the Lib Dems voted in favour and produced a weasly justification for the decision; and the Conservatives went from claiming it would save £1 million a day in January to £500 million, £1 billion and even £2 billion by the end of the year.

However, there were at least three occasions during the year when it looked as though significant changes would be achieved.

END_OF_DOCUMENT_TOKEN_TO_BE_REPLACED

Universal credit came under scrutiny on TV and radio last night and whether you look from above or below things are not looking good.

Dispatches on Channel 4 covered the problems from below by looking at the experience in Warrington, where the job centre was one of the first to pilot the new all-in-one benefit. We heard from a succession of people whose claims were delayed, or processed wrongly or were simply not told what was happening and from Golden Gates Housing Trust on the problems this has caused.

The pilots are of course only meant to cover the simplest cases. However, single people don’t necessarily stay single: Jay moved in with his girlfriend and baby and found himself in a nightmare of delayed payments and rent arrears. ‘Me, my partner and my child will be homeless and you just don’t know what’s going on,’ he said. Jay started off as a fan of universal credit but they survived on coffee and crisps until the problems were sorted out.

Here’s the second part of my blog on some key themes emerging from the latest English Housing Survey.

Part one looked at changing trends in tenure, the impact of the financial crisis and the true nature of under-occupation. This final part looks at three more trends that caught my eye: private renters are not as satisfied as they seem; affordability may not be what you think; and social renters do not conform to TV stereotypes.

England, Brazil and me

The four-yearly cycle of hope and disappointment is complete. England’s early departure from yet another World Cup got me thinking about how much things have changed since the first one I can remember.

Everyone who loves football has one World Cup that seems frozen in time. For me it’s 1970. I was six years old when England won in 1966, old enough to realise that something important was happening but not quite old enough to realise what it was. West Germany 1974 and Argentina 1978 were memorable but by then I was a bit more cynical and England failed to qualify for both of them. To the ten-year-old me, though, Mexico 1970 was a thing of wonder, an almost impossibly exotic version of the game I played with my friends in the school playground.

Some of this is to do with age. As with David Hemery and Mary Peters winning gold at the Mexico Olympics in 1968 or Neil Armstrong landing on the Moon in 1969, it happened when I was old enough to appreciate what was happening but young enough to be seeing it for the first time. Add weeks collecting stickers for my Soccer Stars Album and I was hooked: 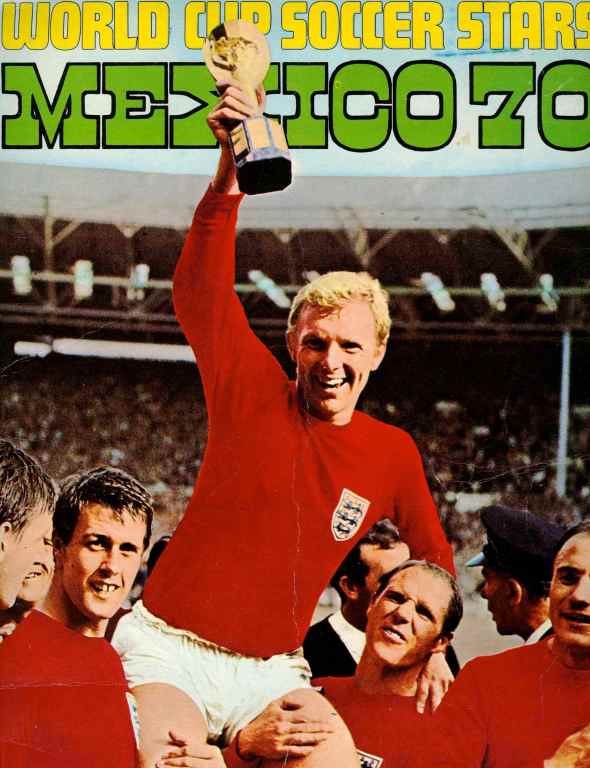 END_OF_DOCUMENT_TOKEN_TO_BE_REPLACED

Why do we need social housing? The answer may seem obvious on this website but too often elsewhere the one you’ll get is ‘we don’t’.

It’s a theme I’ve blogged about repeatedly over the last few years as social housing has been eroded from within and overtaken from without by the relentless rise of private renting. As coalition ministers never cease to remind us, the sector shrank by 420,000 in England under the last Labour government, but their own policies are merely accelerating the decline while they blur the distinction between affordable and social.

In case you missed it, How to Get a Council House is back – and so is the controversy about TV stereotypes and the hashtag on twitter.

The second series of the Channel 4 show focuses on the London Borough of Tower Hamlets and people affected by the benefit cap (two weeks ago), applying as homeless (last week) and in temporary accommodation (this week).

As with the first series, it’s provoked some strong reactions and it almost feels like we are in two different countries when I look on twitter.