Sometimes a news story stops you in your tracks. A report in The Times that former chancellor Philip Hammond is teaming up with Tory election guru Sir Lynton Crosby in a social housing business certainly did it for me.

After checking that it really was July and not April 1, I read that the plan is to lease homes to local authorities where there is a shortage of social housing. Municipal Partners, a company formed last year, is a ‘for-profit social impact business to acquire, refurbish and lease residential property’.

Seen from the perspective of the Labour leader of Barking and Dagenham Council, Darren Rodwell, this makes some kind of sense in an area where 30 per cent of properties are owned by buy-to-let landlords, including many sold under the Right to Buy. Municipal Partners would instead fund the purchase of the homes, the council would charge affordable rents and pay an income to the company before taking back possession at the end of an agreed period.

Cllr Rodwell says that ‘we can’t fund it via government, so we’re talking to different private pension funds, other organisations and seeing what’s out there’. While he has political differences with Philip, now Lord, Hammond, ‘if he and the company he represents gives us the deal that works for us, and the due diligence all plays out, then obviously we would do business with them because it would benefit my residents’.

END_OF_DOCUMENT_TOKEN_TO_BE_REPLACED

The real Budget agenda is clear

Philip Hammond’s Budget contains some big numbers and ambitious promises on housing but you don’t have to delve very far to find the real priorities.

Contrast, for example, what’s happening with housing, tax and welfare, two different measures that were heavily predicted and one that was desperately needed.

Problems with universal credit are being addressed with measures including the scrapping of the seven-day waiting period, making advances easier to get and allowing continued payment of housing benefit for two weeks after a universal credit claim. The total cost is £1.5bn by 2022/23 and there is another delay to the rollout.

The universal credit changes are welcome but will still leave claimants potentially facing destitution and people in work thousands of pounds a year worse off than they would have been under the previous system.

END_OF_DOCUMENT_TOKEN_TO_BE_REPLACED

Tax and the self-employed

For all the sound and fury over national insurance and the self-employed, it is still a sideshow in wider debates about tax, employment status and rights at work.

Philip Hammond’s unraveling Budget matters politically and it signals both the strength and the weakness of the government. Only a chancellor facing the worst opposition in decades could even consider a measure that breaks four separate commitments in the 2015 Conservative manifesto. Only a prime minister with a small majority could be forced to retreat at the first sign of Tory dissent and newspaper headlines about white vans. 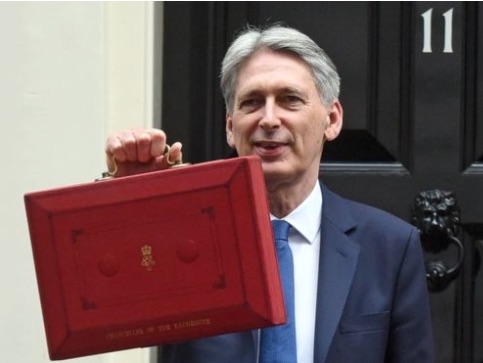 Much of the blame lies with the ex-chancellor now trousering £1m a year on top of his MP’s salary for his advice and speeches. It makes you wonder how George Osborne is being paid for all that hard work and hope that he’s about to get clobbered for tax because it’s through a personal service company.

It was Osborne who in 2015 abolished Class 2 national insurance contributions (NICs) for the self-employed (from 2018) and gave them access to the higher state pension via Class 4. If he had introduced an increase in Class 4 contributions at the same time, few people would have complained. Instead he posed as the great reforming chancellor, agreed the manifesto pledge and left Hammond to fill the holes in his spreadsheet.

Combine these different measures and the treatment of the self-employed looks (reasonably) fair: most of the lowest paid will pay less, there’s a better state pension than before, and the burden falls heaviest on people earning more. But try and defend this week’s Budget announcement using that argument and you look like a shifty betrayer of ‘ordinary working families’ and ‘entrepreneurs’.