Originally published on my blog for Inside Housing on February 16.

Analysis published on Friday by the Institute for Fiscal Studies confirms the familiar story of the collapse of home ownership among younger people that has been accompanied by a surge in private renting and adults still living with their parents into their late 20s and early 30s. 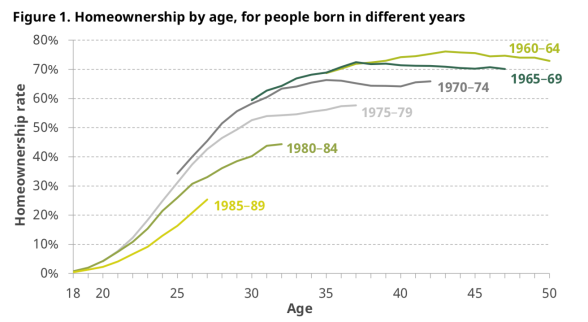 The IFS briefing concentrates on people aged 25-34, exactly the age group who could once have been expecting to take their first step on to the housing ladder.

The collapse has obviously been biggest in London but home ownership rates have fallen even in the cheapest regions like the North East and Cumbria.

END_OF_DOCUMENT_TOKEN_TO_BE_REPLACED

Originally posted on February 8 on Inside Edge 2, my blog for Inside Housing

If you feel like you’ve been banging your head against a brick wall making the case for greater investment in rented homes, take heart. Someone is listening.

The Green Budget from the Institute for Fiscal Studies appears every year a month before the real thing and gives an impeccably independent and influential assessment of the chancellor’s options.

The 2016 version was published on Monday and it includes two chapters written for the IFS by the Institute for Chartered Accountants in England and Wales (ICAEW). Yes, I know the mention of chartered accountants may have you asking yourself why you started reading this blog, but please try to contain your excitement – because there is an important point to this.